MedicAlert™ Foundation is one of the world’s largest nonprofit membership organizations with one mission since 1956 – to protect and save lives.

Serving customers since 1968 with confidentiality, by providing accurate, timely information in personal medical emergencies. Over 45,500 members in Central Africa rely on MedicAlert™ Foundation protection in case of an accident or medical emergency. Endorsed by practically every major professional medical association as a valuable service. 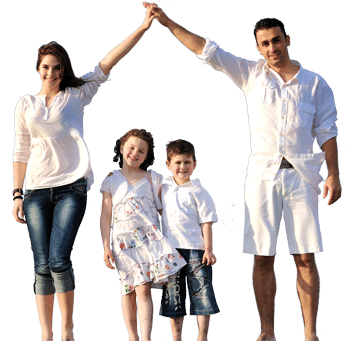 Over 4 million members worldwide rely on the MedicAlert™ Service to protect them, regardless of where they may live or travel. The need for trust and peace of mind knows no borders.

MedicAlert™ is a service that protects and saves the lives of its Members by providing identification and information in a medical emergency.

The MedicAlert™ 24-hour Emergency Response Center answers calls from emergency responders, who recognize and respond to the famous MedicAlert™ Emblem, which is worn by the Member on a bracelet or neck chain.

MedicAlert™ is the original nonprofit emergency medical information service founded by a physician more than 57 years ago. There is no substitute for the comprehensive 24-hour protection it provides.

“In an emergency, every second counts. There is no time for delay, no room for uncertainty or error.”

Your Membership number shown on your emblem enables you to be identified by emergency responders by a simple phone call to our 24-Hour Emergency Response Center.

MedicAlert™ relays your key medical facts to emergency responders, so you receive faster, safer treatment for your medical conditions, and avoid harmful or fatal reactions.

MedicAlert™ calls your family contacts and notifies them of your situation, so you won’t be alone in an emergency.

The way in which emergency medical information is provided is critical, and confidentiality is essential.

For more than 45 years, MedicAlert™ Foundation has promptly, accurately relayed information in medical emergencies, helping to save tens of thousands of lives. Its emblem and registered trademark are recognized and respected around the world. When emergency response personnel see the MedicAlert™ Emblem, worn by a MedicAlert™ Member on a bracelet or neck chain, they know to call the MedicAlert™ 24-hour Emergency Response Centre for instant access to information about the Member’s identity and medical conditions. No other emergency medical information service is as universally known and trusted as MedicAlert™, and no other organization matches its effectiveness.

Members subscribing to the MedicAlert™ Advantage Service can rely on MedicAlert™ to call physician and family contacts, so the Member need not be alone in an emergency. This capacity to reunite families is especially valuable to anyone with children. MedicAlert™ membership can help protect or even save a child’s life, because MedicAlert™ speaks for its Members when they cannot speak for themselves.

The rich history of MedicAlert™ began in 1953, with Dr. Marion and Chrissie Collins, a family doctor and his wife. When the couple’s daughter, Linda, experienced a life-threatening allergic reaction to tetanus antitoxin, they realized that Linda had to wear an alert message on her body at all times to prevent receiving a tetanus shot ever again. They also realized countless others throughout the world might have a similar need. So, in 1956, they founded MedicAlert™, a nonprofit emergency medical information service.

In the ensuring decades, MedicAlert™ grew to serve not only Members with severe allergies, but those with other conditions such as diabetes, heart disease, epilepsy and Alzheimer’s disease.

MedicAlert™ also serves those using medications that may adversely interact with other drugs and a growing number of individuals who simply want to make sure they are identified in a medical emergency and receive optimal medical care under any circumstance.

Membership includes 2.4 million people in the United States, another 1.3 million worldwide, of which over 45,000 are MedicAlert™ of Zimbabwe members. Emergency calls are answered by a dedicated team of trained staff.

MedicAlert™ Foundation’s success is tied to its status as a nonprofit organization, which ensures that Member service is always the top priority and confidentiality of medical records is strictly maintained. As a matter of policy backed by comprehensive procedures and technology, Member information is closely protected by MedicAlert™ and is never shared for business purposes with any other person or organization. The Foundation is mission driven, not profit driven.

The effectiveness of the MedicAlert™ Service is enhanced by the organization’s continual educational outreach to emergency responders, in the form of free training information.
MedicAlert™ continues to explore the latest technology to enhance its services and fulfill the rapidly advancing needs of emergency medical care, while always ensuring Member confidentiality.

Beyond technology, however, MedicAlert™ Foundation’s mission will be achieved through a unique combination of comprehensive service, long-standing partnerships within emergency responders, and worldwide recognition of the trademarked MedicAlert™ symbol.

Become a Member or Donate Today!

Become a MemberMake a Donation

Read about our organisation’s Code of Conduct

MedicAlert Foundation’s Code of Conduct reflects the values and standards we live by worldwide. While intended as consumer guidance for those evaluating the purchase of a medical ID or emergency medical information service, it also services as guidance for organisations that offer those products and services.

How do I know what to look for in an ID?

Choosing the right medical ID or emergency information service has become increasingly difficult with so many more options available. Some of the products and services in the marketplace are designed to promote the public’s best interest, but many fall short. Furthermore, medical ID businesses are not subject to the same public or private oversight that other health or medical organisations are. The lack of definitive minimum standards ultimately puts you at risk of not being assisted as expected in the event of a medical emergency. In the absence of such standards, this Code of Conduct is designed to help you to decide which medical ID and which medical ID provider is best for you.

Please consider the following five-point checklist to ensure you are making an informed choice of medical ID and/or emergency information services. This checklist, coupled with the nature of your specific condition and needs, will provide an understanding of how to safely determine what level of service would be best suited for you.

1. Protections for your personal health information

Organisations offering services to store your personal or medical information – often called a personal health record or PHR – should have policies and procedures in place to maintain the confidentiality and security of your confidential information. The policies should be clear and understandable and should include provisions for:

All organisations offering engraved medical ID jewelry or devices should ensure these products can be appropriately understood and identified in the event of a medical emergency. Medical ID companies should have:

All organisations offering jewelry or similar ID products (e.g., bracelets, dog tags, shoe tags, etc.) should have policies to ensure the safety and functionality of the product, including:

All organisations offering emergency response services that communicate with first responders or hospital emergency departments about your vital medical information, including emergency contacts and family notification services, should have policies and procedures designed to ensure:

In addition to the usual standard better business practices, all organisations should have policies and procedures designed to:

Why should I join MedicAlert™ Foundation?

If you have any medical condition that may put you at risk in an emergency, then you need a MedicAlert™ medical ID. The MedicAlert™ medical ID ensures that emergency service & healthcare personnel can immediately access the right information to assist in providing prompt, precise diagnosis and medical treatment.

How does MedicAlert™ membership work?

MedicAlert™ members wear a medical ID around their neck or on the wrist that is custom-engraved with their key medical condition(s) or vital details, membership number as well as the 24/7 hotline telephone number for emergency services and healthcare professionals to call for more information if required.

In an emergency, ambulance paramedics and healthcare professionals are trained to look for the MedicAlert™ emblem and the information it holds. If needed, they can call the 24/7 support hotline for further important medical and personal details held on our secure national database – from anywhere in the world.

How is MedicAlert™ different from other medical ID jewelry?

The engraving space on any bracelet or pendant is limited and cannot fully communicate all the vital facts regarding your medical conditions and emergency contacts. Through membership in MedicAlert™, vital medical information, including your current medications, dosages, and emergency contact phone numbers are included in your electronic health record residing in a secure and confidential database. In an emergency, this data is accessible to paramedics, and other emergency and health professionals through our 24-Hour Emergency Hotline. This information is also available to you, 24/7, for updates on your medications, dosages, and contacts.

We provide your emergency medical information only to authorized medical professionals. MedicAlert™ Foundation protects the privacy and confidentiality of our members by never releasing information to unauthorized personnel or organizations.

MedicAlert™ Affiliates around the World

MedicAlert™ is a registered Trade Mark and Service Mark of